So, why do we think this keto stuffing recipe is so special? Here are some reasons:

We sure hope you enjoy this keto stuffing as much as we do! Be sure to check out some of our other keto Thanksgiving recipes, including: 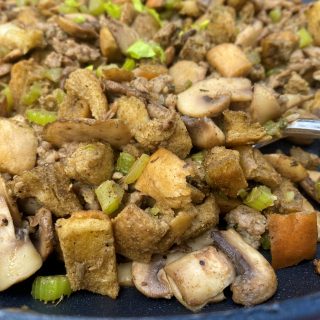 The keto bread does not need to be dried or baked before preparing stuffing.